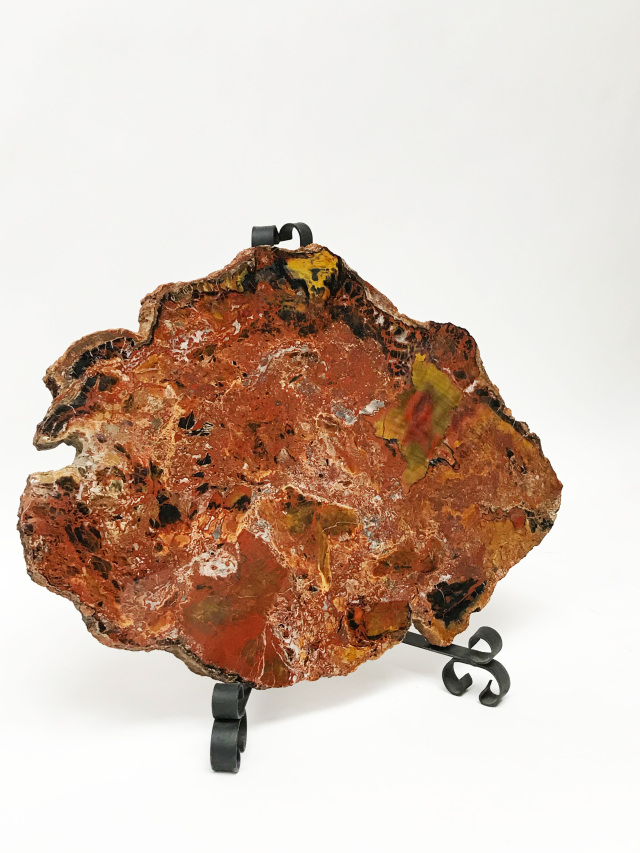 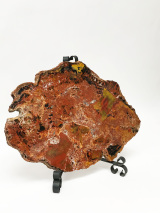 Petrified Wood Round showing fire orange colors. This round slice is from an ancient conifer 200-million years old. It is highly polished by highly specialized craftsmen with expensive diamond lapidary tools revealing the fiery colors. The slice retains its natural bark edge as though the tree was felled recently.

Petrified wood is created over millions of years through the earth's climatic history. Downed trees became covered in sediment. Over time, groundwater carrying minerals rich in silica saturated the plant material that then petrified. The silica combined with other minerals to become quartz crystals,colors are due to traces of carbon, iron and copper.

5.   Touchstone features many examples with natural bark preserved around the entire outer edge.

6.   Each retail specimen has been cut and polished by an expert artisan with expensive diamond encrusted lapidary tooling.

7.   Our specimens were collected from a few private ranches in the general area of Holbrook, Arizona.

8.   Specimens with the most vibrant colored PW specimens found underground, not exposed to elements and erosion. The colors themselves are caused by trace amounts of minerals, often metal ions. For example, red is most often caused by iron ions and greens come from copper or chromium.